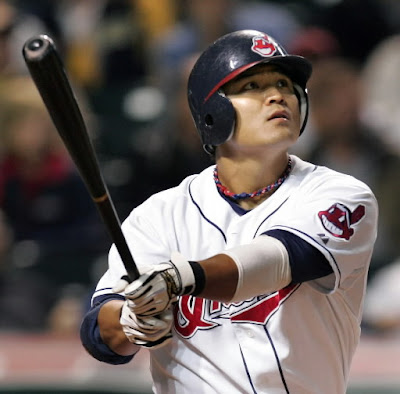 It is reported now that Shin Soo Choo may withdraw from the WBC at the request of the Indians, amidst reports of a sore left arm. This is the same arm for which he had Tommy John surgery in 2007, so the highest precautions are definately warranted. No specific information on the injury has been confirmed, other that soreness somewhere in his arm.

On a positive note, Eric Wedge is planning on putting Grady Sizemore in the lineup as a DH, sometime this weeked, indicating that he is recovering from his strained groin. Hafner is expected to start DHing soon as well. Kerry Wood threw a 40 pitch bullpen session, and was reported to be feeling no lingering back pain. No word on Adam Miller's finger.
Posted by dan at 10:31 AM